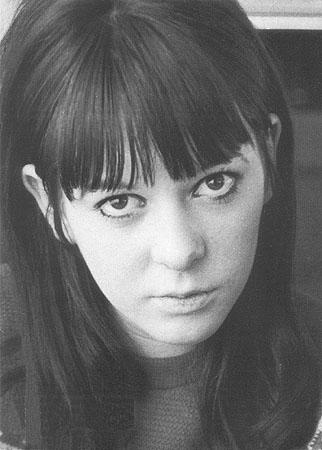 MARY MAUREEN COX
Mary Cox, also known as Maureen Starkey, was born on August 4, 1946 in Liverpool, the only child of Joseph Cox (Joe), a ship steward and Florence Barrett (Flo Cox). She was six years younger than Ringo, whom she married on February 11, 1965. She was 18 at the time. Mary left school at age 16 and started her training at Ashley Du Pré (hair salon in Liverpool) to become a hairdresser. As the hairdressers did at that time, Mary changed her name for a more fashionable one : Maureen (which means, interestingly, in Irish, little Mary...). Maureen was a regular at the Cavern, where the Beatles first started. Each girl fancied a Beatle, for Maureen it was Ringo (who joined the Beatles, replacing Pete Best, in 1962), even though she kissed Paul first as a dare. Ringo noticed Maureen's striking features : her beautiful big dark eyes (Ringo used to say they hypnotized him..), her bouffant black hair with a fringe, etc. and asked her to dance. They began dating shortly after this, but Maureen was only his steady in Liverpool at first (when they first started dating, she was only 16...). It really was when she rushed to London to take care of him (he had his tonsils removed) that it became very serious. They married in 1965, and their first son, Zak Starkey (2nd beatle child, first one was Julian Lennon in 1963) was born on September 13 of the same year. In 1967, on August 19, came Jason Starkey and finally, on November 11, 1970, Maureen gave birth to a daughter, Lee Parkin Starkey. They went everywhere together and had a very deep relationship, maybe too deep. Maureen and Ringo sadly divorced in 1975, his drinking was becoming unbearable and he started a relationship with American model and photographer, Nancy Lee Andrews, but had a short fling with Maureen's friend, Chris O'Dell before that. Maureen had a short fling with George Harrison in 1973 (while the Harrisons and the Starrs were still married...) : she denied doing anything sexual with him, saying it was a spiritual connection but no one believed it. She used to go to Friar Park, the Harrison's home, and spent the night behind closed doors with George while Pattie knew about it and was in the Manor. Maureen cited adultery as a reason for the divorce and lived on her own with the kids and their loyal nanny for a while. Money was tight for some time. Maureen met Isaac Tigrett, founder of the Hard Rock Café & milionaire and they married in 1989 in Monaco. They had a daughter, Augusta King Tigrett in 1987 (she was already a grandmother to Zak Starkey's daughter, Tatia Jayne (b.1985) back then). He used to call her his greatest piece of Rock memorabilia. When she died in 1994 in Seattle, Washington, despite a bone marrow transplant from older son Zak, of leukemia, her mother, who lived with them, Ringo, the kids (Augusta, Lee, Jason & Zak) along with Isaac were all at her bedside. 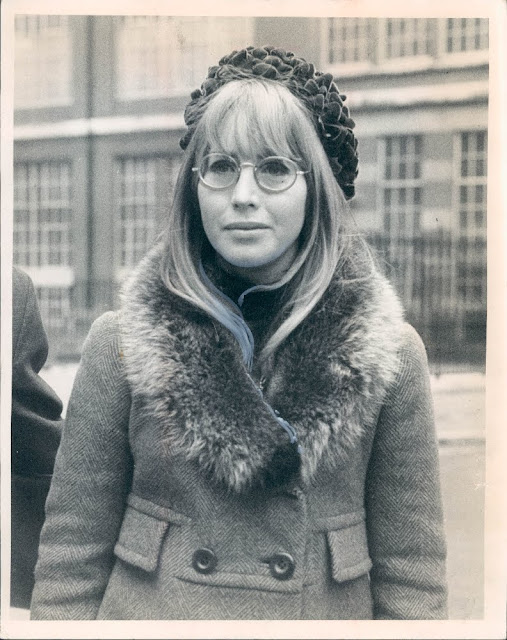 CYNTHIA POWELL LENNON
Known as ''Cyn'', Cynthia Powell was born on September 10, 1939, a war baby, to Liliann Roby and Charles Powell. She has two brothers : Charles Jr. and Anthony (known as Tony). Cyn came from Hoylake, which was quite posh compared to John's neighborhood. In fact, when she saw Johns house, Cyn was surprised to find out that it was actually better looking and bigger than hers...That's why he called her prim and snob. Her nicknames from John were Miss Powell or Miss Hoylake, back when they weren't even dating. They met at Art College in Liverpool. Cyn was a very serious student, in fact she wanted to become an art teacher while John was failing every class or so, not knowing what he would do in life... She was engaged to some ''fellow in Hoylake'' (her very own words) but still, she was fascinated by John's wit and love of trouble. John asked her to dance at a college party (before the summer holidays) but she said she couldn't, because she was engaged. Then John said : ''I didn't ask you to fucking marry me, did I?'' in typical John-style. She was about to leave when they decided to go to a bar, she went, which was very unusual from her. They then went to Stuart Sutcliffe's apartment and the rest is history. They had a son, Julian, in 1963 and they had to get married very quickly before the birth of the child. Their relationship was not perfect and quite volatile on John's side : he admitted to cheating on her at least a hundred times with groupies, friends, celebrities, etc. There was a great lack of communication, John was never the best communicator and Cyn was quite afraid of John sometimes so she kept to herself, thinking that problems would solve themselves later... She didn't enjoy doing drugs and she didn't understand John's need to do so. He eventually met Yoko Ono, who pursued him a lot. At first, he wasn't even interested in her : his ideal woman was Brigitte Bardot, not a small japanese woman who was older than him ! Yoko used to ask him for money for her art exhibitions, which he found really weird at first ! Cyn returned from a trip to Italy (where she met Roberto, the Italian restaurateur) and entered Kenwood as usual, but it was dark and no one was ome : no Julian, no Dot (the nanny)... She asked if anybody was home and no reply. She then came into the living room and there were John & Yoko, sitting in bathrobes. Cyn then nervously asked them if they wanted to go to dinner with Magic Alex, Jenny Boyd & herself. They declined. She then left with the others and spent the night at Alex and Jenny's appartment, where Magic Alex tried to rape her. Some say that she was drunk and went with it, but in her autobiography, she says this is a complete lie. Cyn then got married to Roberto Bassassini in 1970, an Italian hotelier whom she had met in 1966 on a trip to Italy with her mom and Julian. In 1976, after her divorce from Roberto, she married John Twist, a friend of a friend. She divorced him and met Jim Christie, her partner for 17 years until they parted in 1999. She married Noel Charles in 2002. They live in Majorca.
Cyn's books:

- A Twist of Lennon (1978) - She really restrains herself in this book, being really gentle and all... 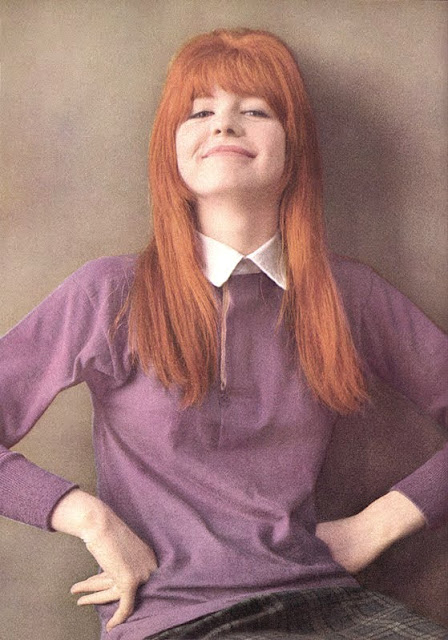 JANE ASHER
Jane Asher was born on April 5, 1946. She is the daughter of Dr. Richard Alan John Asher (who committed suicide in 1969, not that long after Jane broke up with Paul : 1968) and Margaret Eliot. She has a brother Peter Asher, who used to be in Peter & Gordon and a younger sister, Clare Asher. Jane came from a very different background : her parents were intellectuals, whereas Paul came from ''rough'' Liverpool. She was a child actress : she played in Mandy in 1952 and has been an actress ever since. She met Paul while she was interviewing the Beatles in 1963. George also fancied Jane (he hadn't met Pattie at the time) but it was Paul who won her heart. With her beautiful natural red hair and overall good looks, Paul developed a crush on her almost instantly.They started dating and dated for five years, getting engaged in 1967. Paul liked the fact that Jane was very much on the ''scene'', going out at premieres, events, plays, etc ! Jane said  (when she was dating Paul) that she didn't see herself marrying anybody else... Paul was a womanizer, he didn't stop having one-night stands, he thought since they weren't married, it was allowed. This was quite common in the minds of young Liverpudlian boys. Jane was also not very keen on drugs, like Cynthia and she didn't like Paul's addiction to LSD. When she returned home after a flight, she found him very different (due to LSD). One day, she returned home early and found Paul in bed with Francie Schwartz. She immediatly left and her mom came to collect her things later. After that, the engagement was broken and Paul married Linda (as we all know). She married the illustrator Gerald Scarfe in 1981 and has three children : Katie (1974), Alex (1981) and Rory (1984). 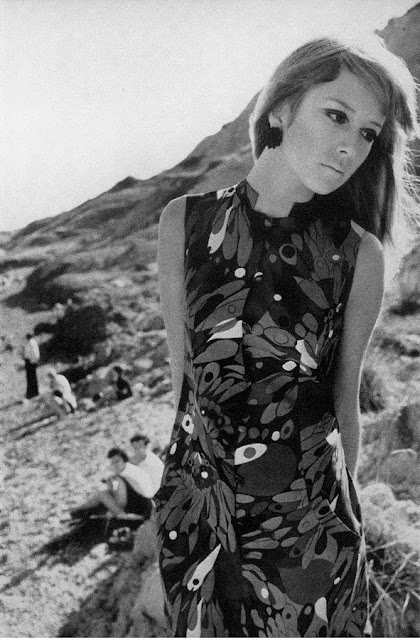 PATRICIA ANN BOYD
Patricia Ann Boyd, known as Pattie, was born on March 17, 1944 in Taunton, Somerset to Colin Ian Langdon Boyd (known as Jock) and Diana Frances Drysdale. She is the eldest child and is the sister of Colin (1946), Helen Mary (*Jenny Boyd, 1947) and Paula Boyd (1951) and half-sister of David and Robert. She never really knew her father (her parents divorced in 1952). She worked at Elizabeth Arden before a client for a fashion magazine asked her if she had thought of modeling as a career. She then modeled in London, Paris and New York for Mary Quant, Ossie Clark, etc. She also appeared in Vogue with Twiggy and had some modelling gigs with her sister, Jenny. She was offered the role of a schoolgirl in A Hard Day's Night in 1964, a role where she says one word : ''Prisoners''. She met George there but was going out with another guy, Eric Swayne. George immediately lusted after her and told anyone who would listen that she looked just like Brigitte Bardot. George first asked her to marry him and then invited her on a date but she declined, because she was already with someone else and was also loyal. She told the story to one of her friends who said to her : Are you completely mad ? George Harrison asked you on a date and you said no ? (Pattie was not so familiar with the Beatles). She ended things with Eric (she wasn't really in love with him, she stayed with him because he gave her modeling gigs...) and went on a date with George and...Brian Epstein. She started to live with George at Kinfauns, his groovy bungalow in Esher in 1965. It was absolute puppy love. They married on January 21st 1966 and some said it was definitely one of the weddings of the 60s : the famous London model and the Quiet Beatle. Pattie was always very fond of the London scene, whereas George was always more reserved and a homebody, which caused tensions in the couple. They got divorced on June 9th 1977 because the religious beliefs of George were becoming too strong for her and there were also infidelities on both sides (but mostly on George's), as in every Beatle marriage (well, at least the first ones). The affair of George & Maureen didn't help either. George was such a flirt anyway, Chris O'Dell tells in her book that Pattie told her that she would be her friend if she didn't let George have her. George did it on her but Chris declined his affections, as Pattie told her to do. She later married Eric Clapton, who famously wrote Layla for her while she was still married to George. This marriage was also a failure, according to Pattie it was hell : he was always drinking heavily, had a child with another woman during their marriage, etc.