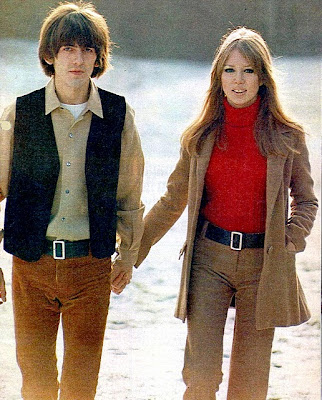 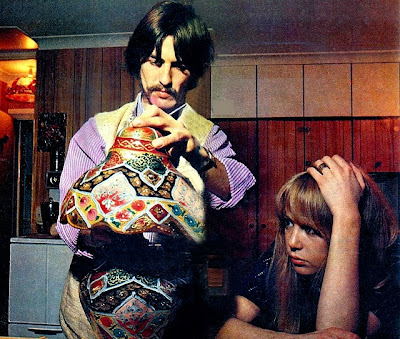 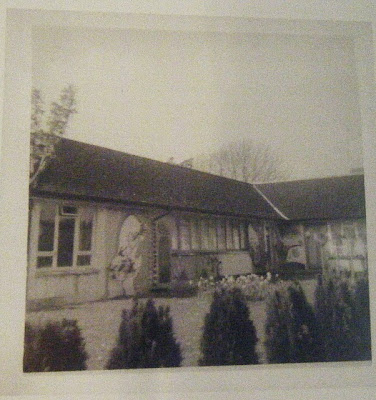 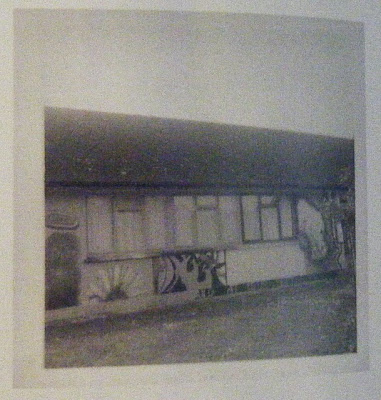 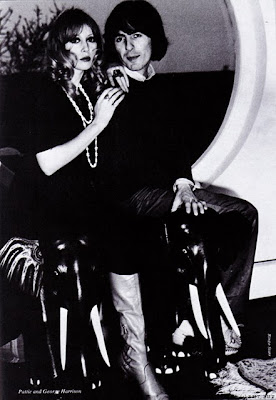 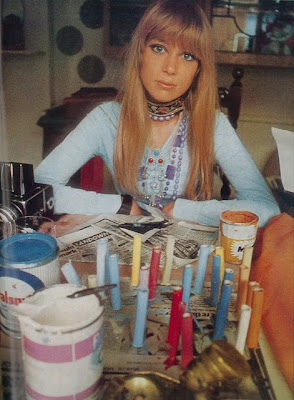 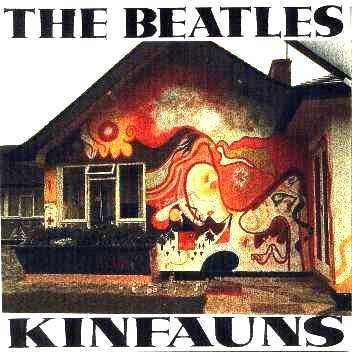 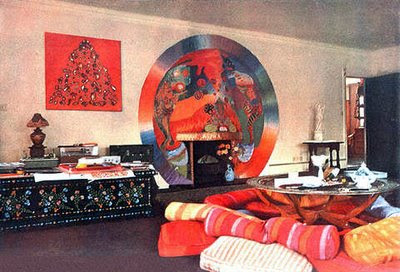 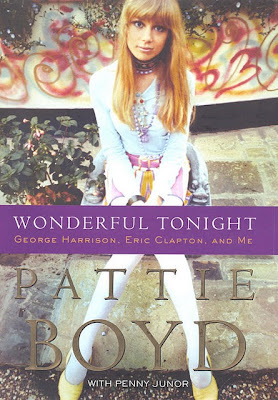 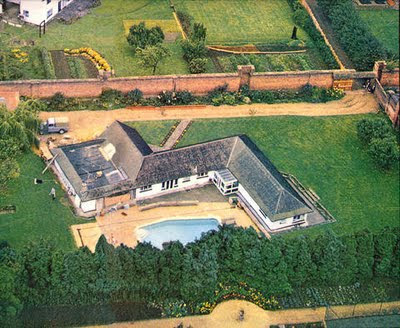 KINFAUNS, Surrey
The Harrisons
Kinfauns was a bungalow-style house, located at 16 Claremont Drive, Esher, Surrey, England, KT10 9LU, on the Claremont Estate. From 1964 to 1970 it was home of George Harrison & Pattie Boyd, his girlfriend and then in 1966, his wife, and was where many of the demo recordings for the White Album were made. The house has since been demolished, and a new one built in its place. Harrison bought Kinfauns for £20,000 on 17 July 1964, on the advice of Dr. Walter Strach, the Beatles' accountant. Going house-shopping, he said later, "It was the first one I saw, and I thought, that'll do." He was joined there months later by wife-to-be Pattie Boyd. Harrison and Boyd were married on 21 January 1966, and lived in the house until 1970, when Harrison purchased Friar Park, a manor. During 1967, Harrison and Boyd painted the outside of the house in psychedelic patterns; a mural around the fireplace was created by design collective The Fool, who also painted several Beatles musical instruments and Harrison's Mini. Aside from Paul McCartney's house at 7 Cavendish Avenue in St. John's Wood, Kinfauns was probably the home the Beatles gathered at most, as it was only a short drive from the homes of John Lennon (Kenwood) and Ringo Starr (Sunny Heights). It was where Harrison, Lennon and their wives retreated during their first LSD experience in 1965, and in May 1968 it was where many of the demo recordings for the White Album were made, on Harrison's Ampex four-track reel-to-reel tape recorder. (These demos have been released on various bootleg albums; seven of them also appear on The Beatles Anthology, Vol. 3.) Harrison was the first Beatle to own or use a Moog Synthesizer, and he recorded "Under The Mersey Wall" with his Moog at Kinfauns; the track became one side of his Electronic Sound album, released in May 1969. Kinfauns was where police arrested Boyd and Harrison in 1969, for hashish possession, as Lennon and Yoko Ono had been months earlier while staying at Ringo Starr's Montagu Square apartment. (Both couples insisted the drugs found had been planted on the premises. After moving to Friar Park, Harrison sold Kinfauns; both houses were listed as assets of the Beatles' company Apple Corps. The site of Kinfauns lies within the historic garden walls of the adjacent Claremont Fan Court House, a 19th Century royal residence. Following a series of planning applications in the early 21st Century the bungalow was substantially demolished and replaced with a new two storey house.
Photos from CiaoVogue.com, Something About Pattie Boyd Yahoo ! Group, my scans & BeatlePhotoBlog.
Text from Wikipedia.
Publié par Stephanie à l'adresse 7:54 AM